Get rid of dust and give your PC a breath of fresh air with Gelid’s Mesh Magnet dust filters, available for 120 and 140mm fans. 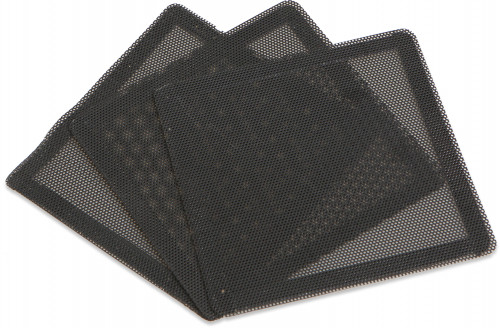 Gelid’s Mesh Magnet filters are designed to prevent dust from entering your PC. Dust not only worsens aesthetics but reduces cooling performance and can also accumulate a certain amount of electrical capacity and conductivity which goes on to affect reliability and lifespan of your computer.

Featuring tiny fibre and airflow optimised PVC mesh with a dense 17 pores per inch, the Mesh Magnet ensures dust filtering and allows up to 90% airflow free pass. They are durable, washable, reusable and compatible to all standard fans and vents.

The Mesh Magnet can be applied to the air intake or outlet of the metallic PC chassis, PSU cabinet, HTPC or any other device with fans installed. Fits just in seconds thanks to the magnetic design!

If your PC chassis is non-metallic, the magnetic frame can be removed and the filter can be fitted to the chassis vents with the pre-applied magnetic tape.

Show specifications and reviews for:

FLIRC USB (version 2) - Use any Remote with your Media Center

“I received my components to build my fan-less pc but there appeared to be a start up problem as in it wouldn’t, I phoned Quiet PC and explained the problem to Simon Elliott who went through a series of tests for me to try whilst he stayed on the phone but nothing appeared to work, Simon suggested I send everything back for examination, the problem appeared to be a bent processor pin on the motherboard which was fixed and returned to me.

Communication was excellent from Simon and the rest of the team so well done Quiet PC.”