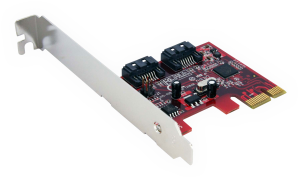 StarTech specialise in providing PC products and accessories which focus on convenience and reliability.

“I’ve used Quiet PC a number of times and not had a problem. I believe the real test of a firms’ customer service is when things go wrong and what is done about it. I bought a motherboard from them that refused to take more than two memory sticks (got stuck in boot loop if more than 2 sticks inserted).

On reporting the problem, I was answered by a human being and not a machine, it was easy and painless to contact the correct department, as given on their web site. We tried a number of ways to fix the M/B that did not work and Andy Ford (their technical support man) agreed the board was faulty. The very next day a new board appeared at my door by courier where we exchanged the faulty board for a good one.

A week later this board developed a problem in that the onboard LAN ceased to work. I again contacted Andy and it was basically a repeat of the earlier experience and within 24 hours I had a new and working board. It has now been just over 2 weeks since I received the 2nd board and all is well.

Credit is due to this company due to it’s fair and professional treatment of it’s customers, a big well done to them.”